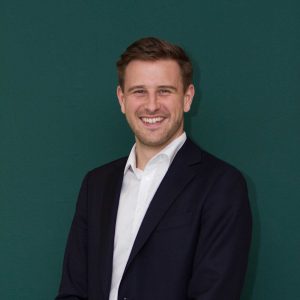 Markus is the Co-Founder of tryb and also serves on its Board of Directors. He represents tryb through many public engagements and works with various stakeholders to build sustainable fintech ecosystems. Markus sits on the Board of Directors of tryb’s portfolio company Chinsay.

Prior to tryb, Markus co-founded Startupbootcamp FinTech, the largest innovation program in the fintech industry, with startup accelerator programs in London, Singapore and New York. There, he led investments in 20 fintech startups. In his position expanding Startupbootcamp to Asia, he played an instrumental role in building up fintech ecosystems across the region and nurtured a generation of fintech entrepreneurs. Before Startupbootcamp, Markus was founding member of various technology ventures in Europe.

Markus is often named as one of the key fintech influencers in ASEAN by various publications and is on the Forbes Asia 30 under 30 list (2016 – Venture Capital & Finance). Markus is the founding committee member of the Singapore FinTech Association, a Fellow at the Singapore University of Social Science and Advisory Board Member of Money20/20 Asia.

He holds a B.Sc. in Industrial Engineering (Material Science) from RWTH Aachen University (Germany) and a M.Sc. in Technology Entrepreneurship from University College London (United Kingdom). He is a passionate trail runner and enjoys a good pinot noir with French cheese. As a proponent of a healthy lifestyle, he also hosts the podcast series ‘Mastering Mind & Body – A Chat About Being Uberhuman’ (www.uberhuman.me).